One of the highlights of our trip was our visit to Mono Lake at South Tufa. Last bit very deep gravel – so careful riding was in order. National Park fee was US$3.00, but we could leave all our gear with them, as it was very warm. Took lots of photos, especially nice with the snow covered mountains of the Sierras in the back.

Here are a few facts: Congress designated the Mono Basin as the First National Scenic Area in 1984. Mono Lake is a majestic body of water covering about 60 squar miles. Estimated to be more than a million years old, Mono is one of the oldest lakes in North America. Streams from the Eastern Sierras have fed Mono Lake with water laden with minerals and salts. With no outlet, water can only leave the basin through evaporation and the salts and minerals are left behind. As a result, Mono Lake is two and a half times as salty and 80 times as alkaline as ocean water.

Mono Lake’s tufa towers (pronounced ‘toofah’) are spectacular examples of what nature can do with a few basic elements. These unusual spires and knobs are formed when calcium-bearing freshwater springs well up through alkaline lake water, which is rich in carbonates. The calcium and carbonate combine, precipitating out as limestone. Over many years, a tower forms around the mouth of the spring. This tufa-forming reaction happens only in the lake itself. As the lake level drops and exposes the tufa towers, they cease to grow.

The towers at South Tufa are estimated to be younger than 300 years old. Other tufa around the lakeshore could be a few hundred years older. Far older tufa towers, some of them as old as 13,000 years, can still be found high above the current lake, along Mono’s ancient shore.

Tufa is found in other alkaline bodies of water, but the variety and quantity of Mono’s towers are unique. Tufa is also formed as freshwater springs percolate through briny lake-bottom sand. The ‘sand-tufas’ are intricate sand tubes and columns exposed as wind strips away their sandy coverings. The best place to visit the tufa towersis at the spectacular South Tufa Area.

Mono Lake has been called a dead sea, but it actually is abound with life. Few organisms can tolerate Mono’s salty, alkaline water, but these few species thrive in astronomical numbers.

The food chain begins with green algae – two animals feast on the algae – the brine shrimp and the alkali fly. They provide a plentiful food supply for more than 80 species of migratory birds that visit the lake each spring and summer. Notable bird species include three migrants – Wilson’s and red-necked phalaropes and eared grebes – and two nesting species – California gulls and western snowy plovers. Nearly 50,000 adult California gulls fly to Mono Lake from the coast each spring to nest. This colony is one of the largest in California as well as one of the largest and most important in the world.

In 1994 (after 16 years of court battles, research and hearings) the State Water Resources Control Board issued and order to protect Mono Lake and its tributary streams. While the lake may be saved on paper, much remains to be done. The question today is not whether Mono Lake will be saved, but how it will be saved. 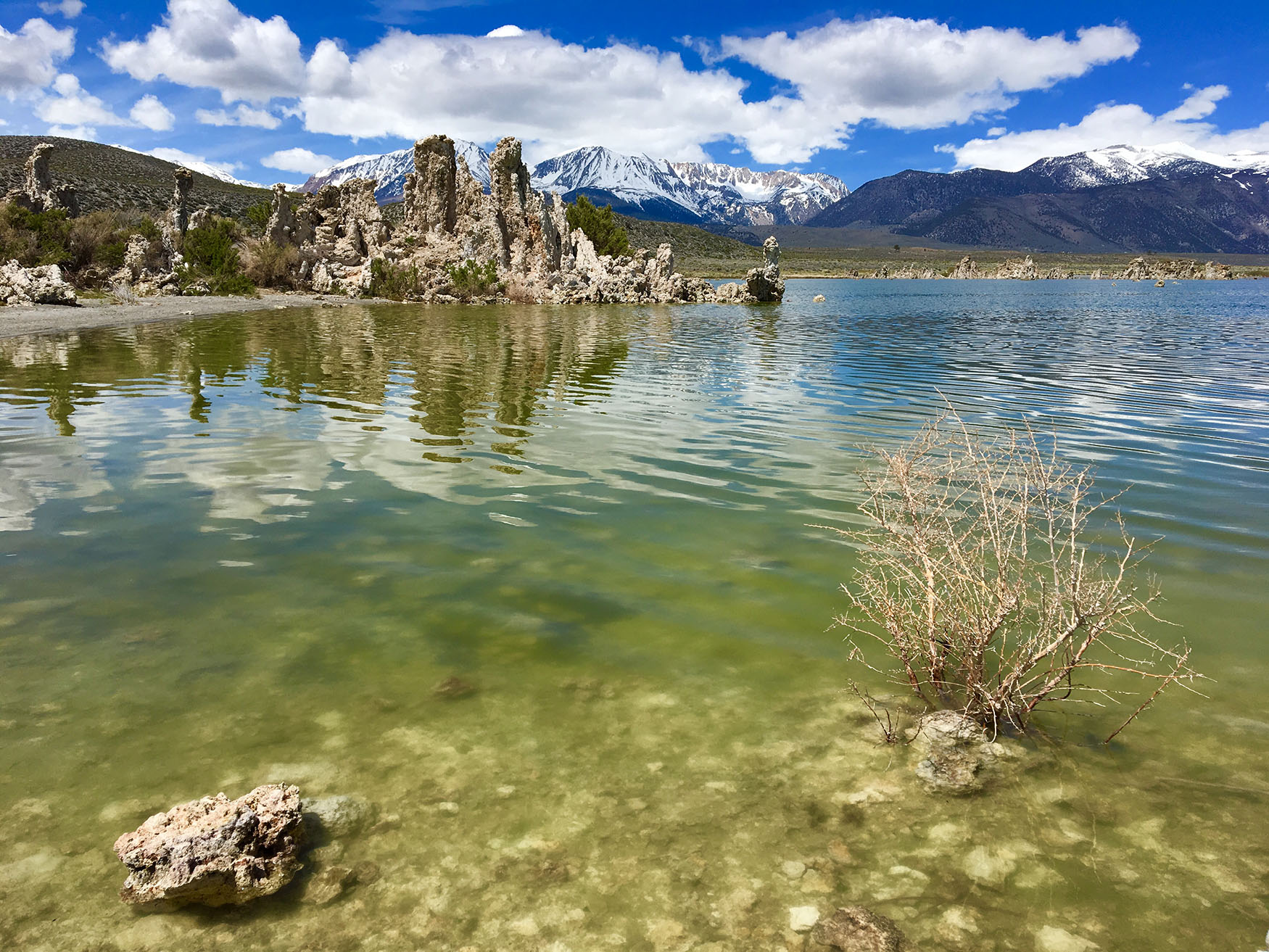 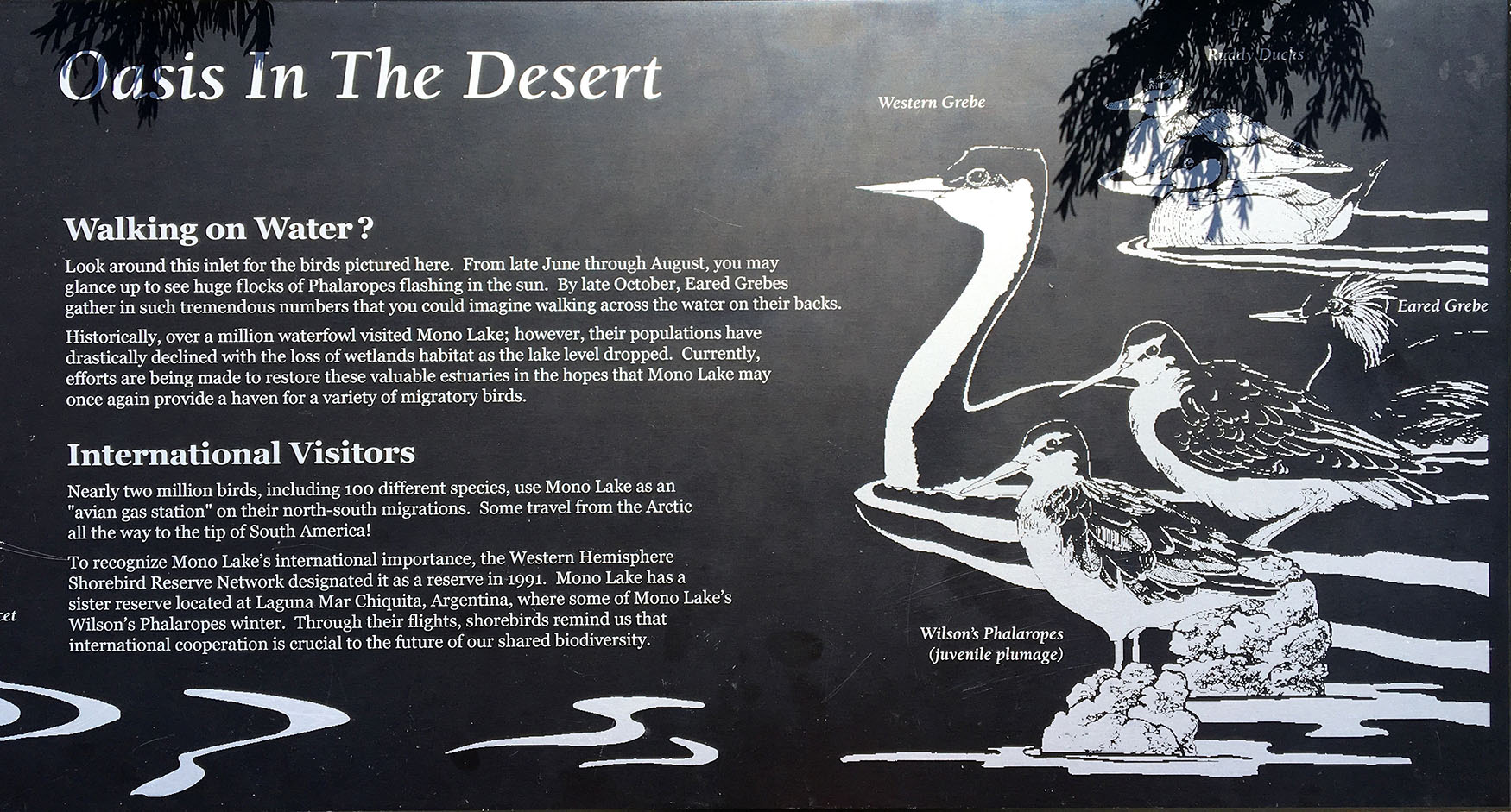 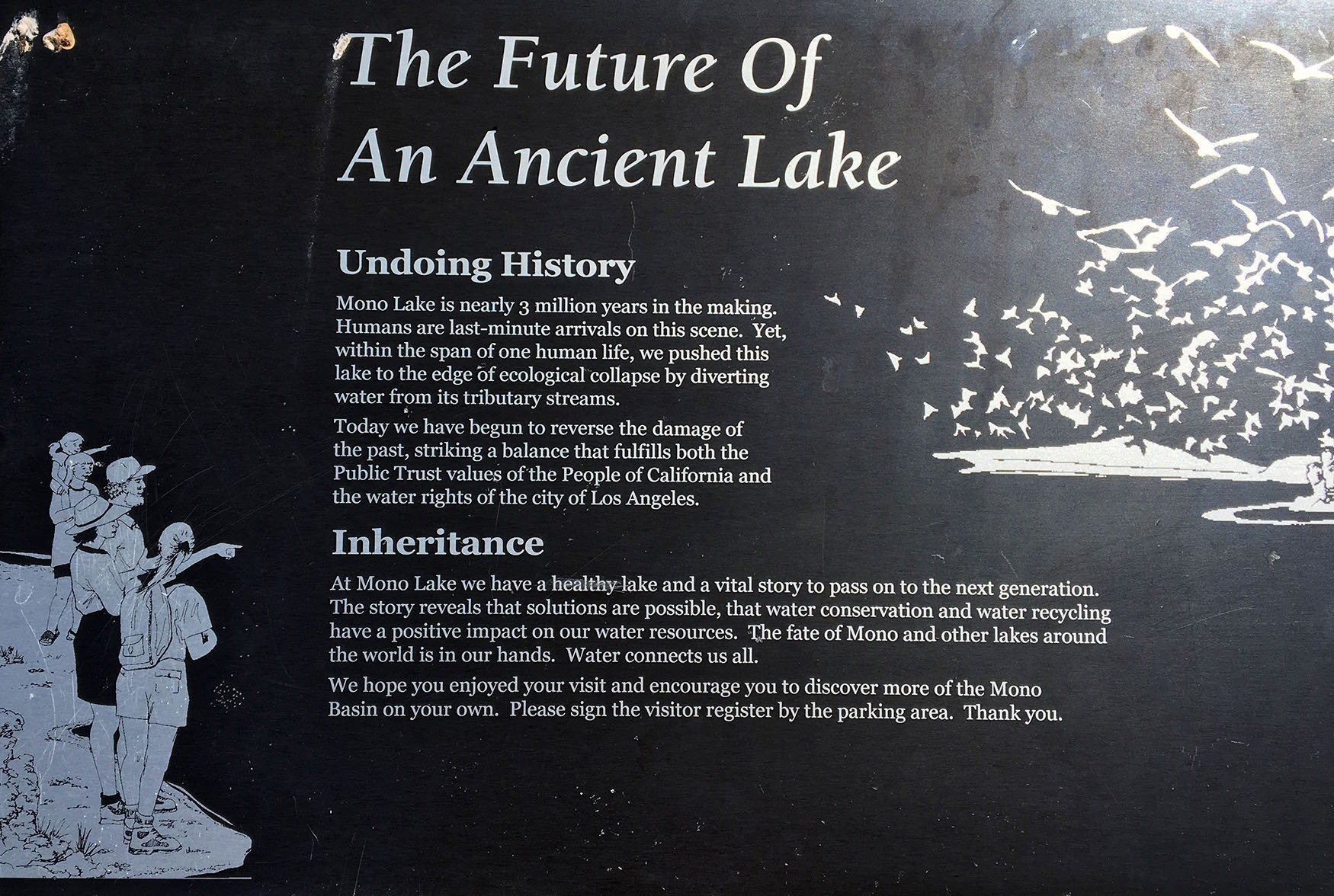 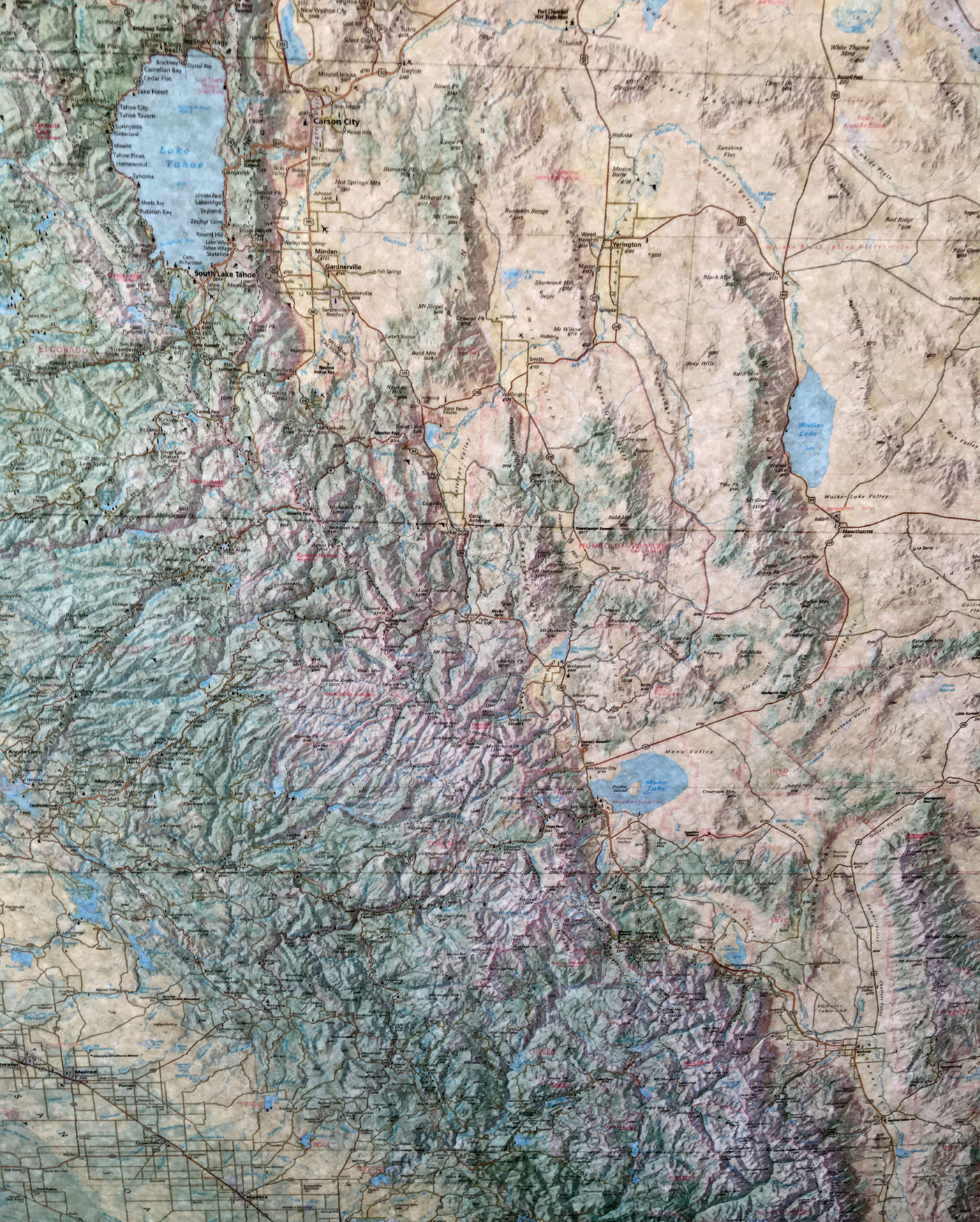 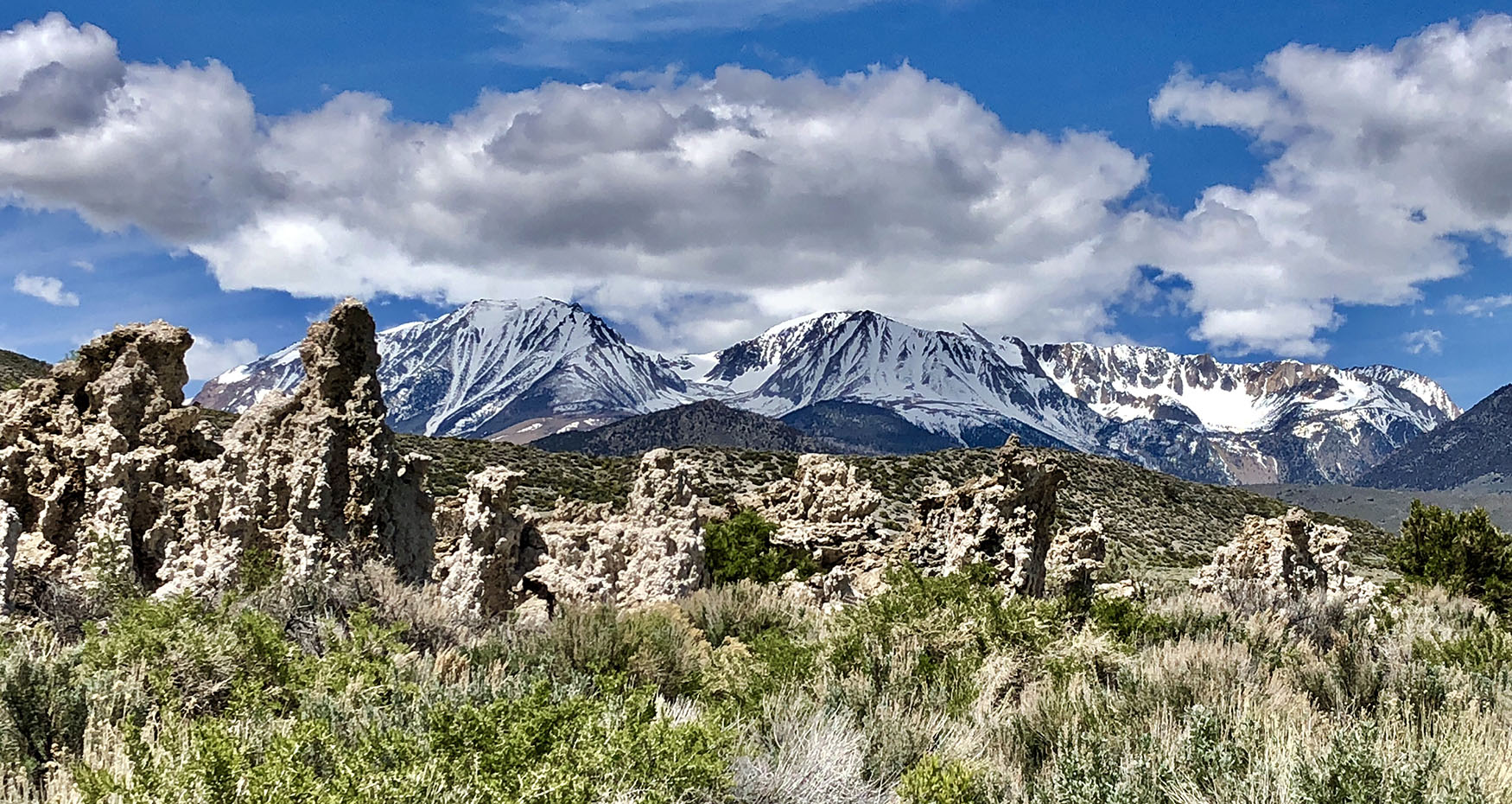 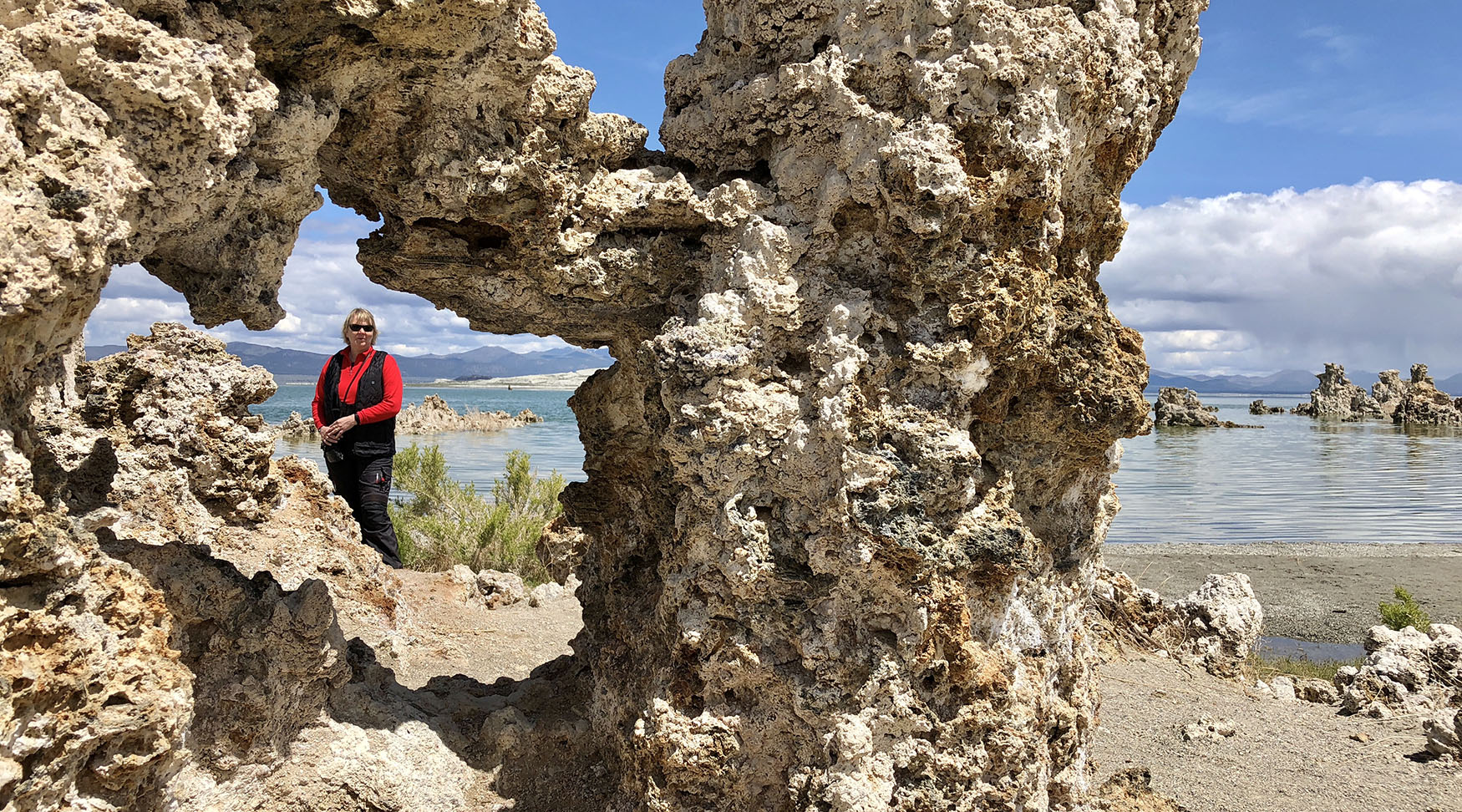 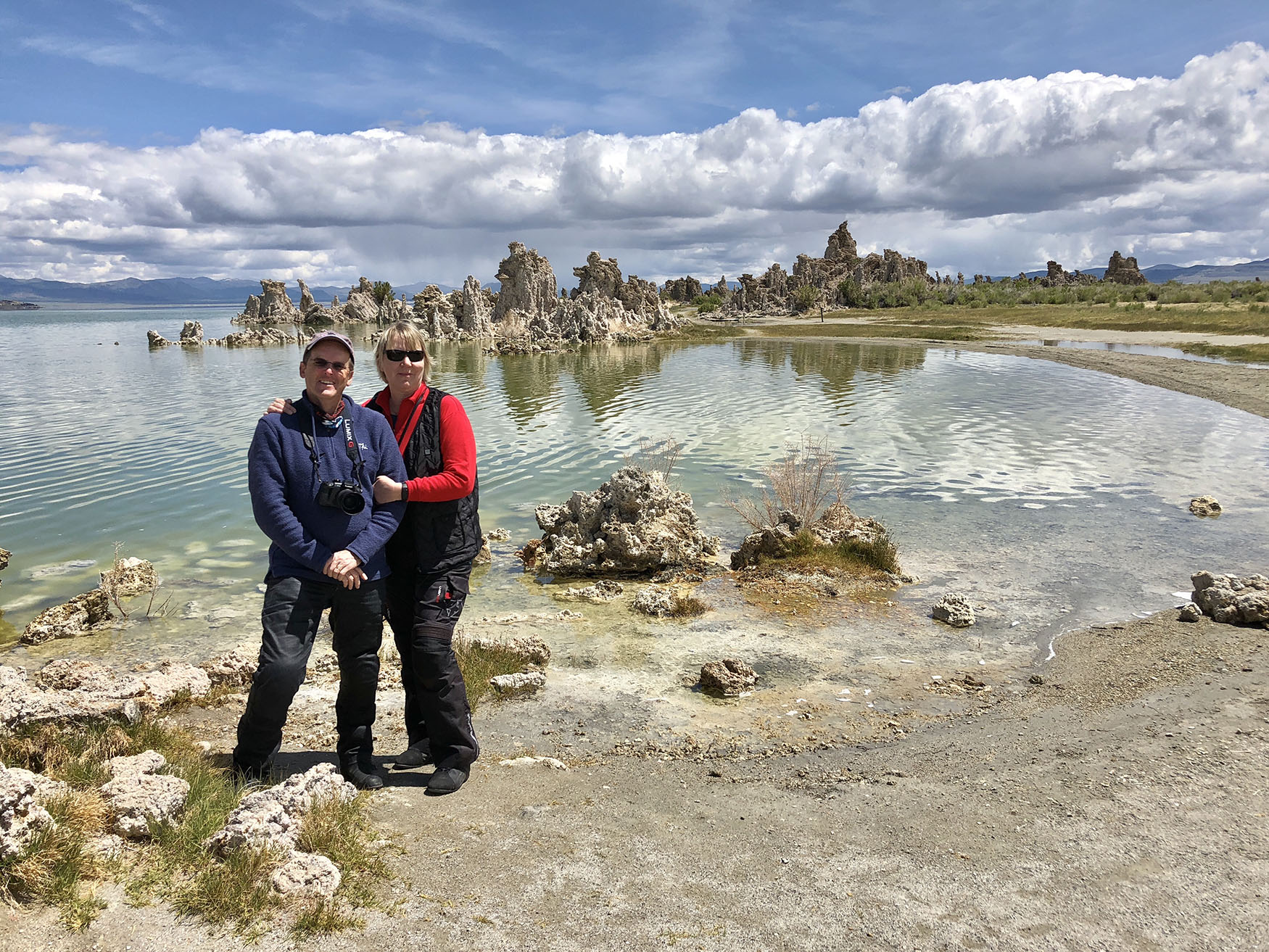 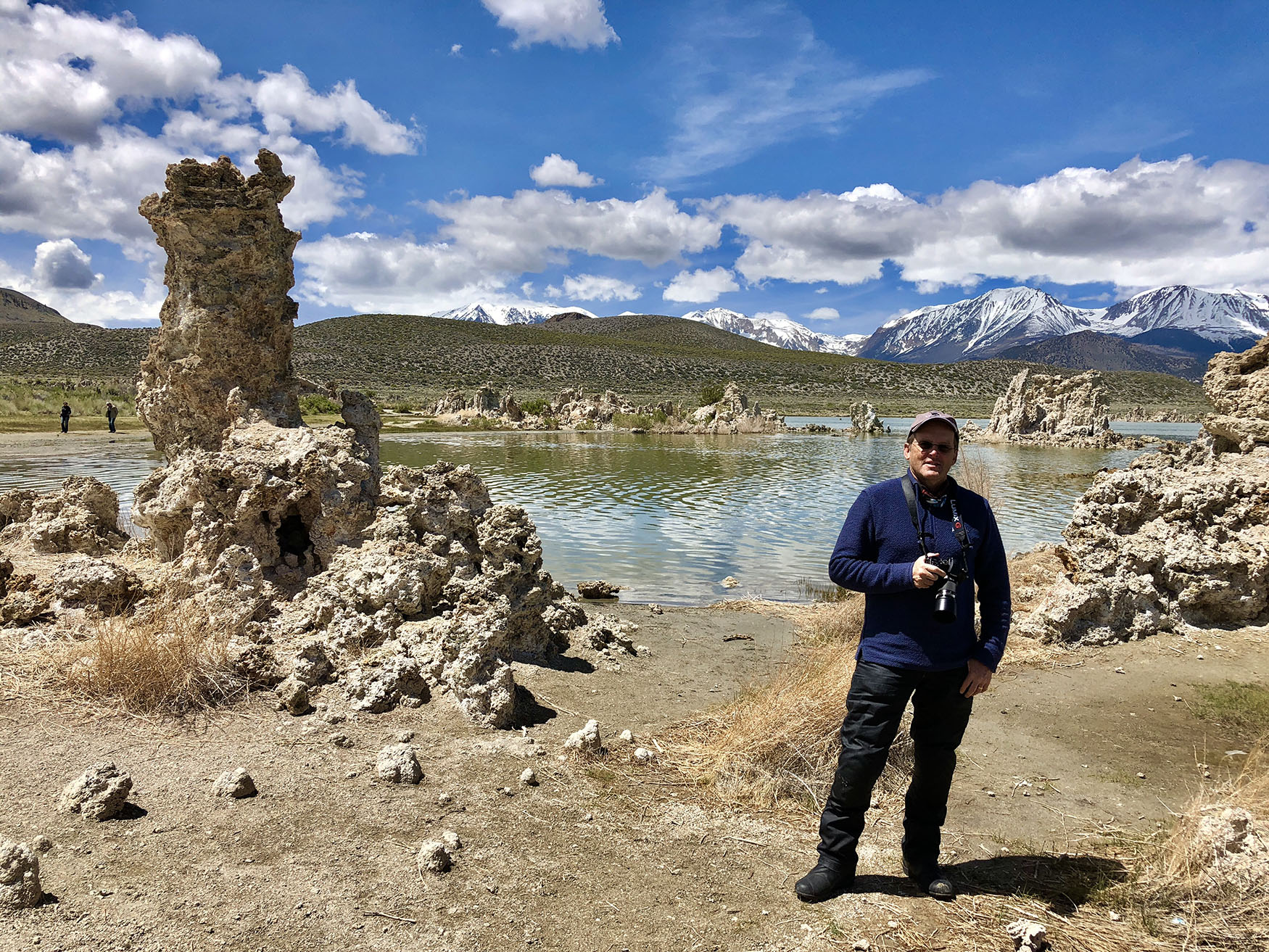 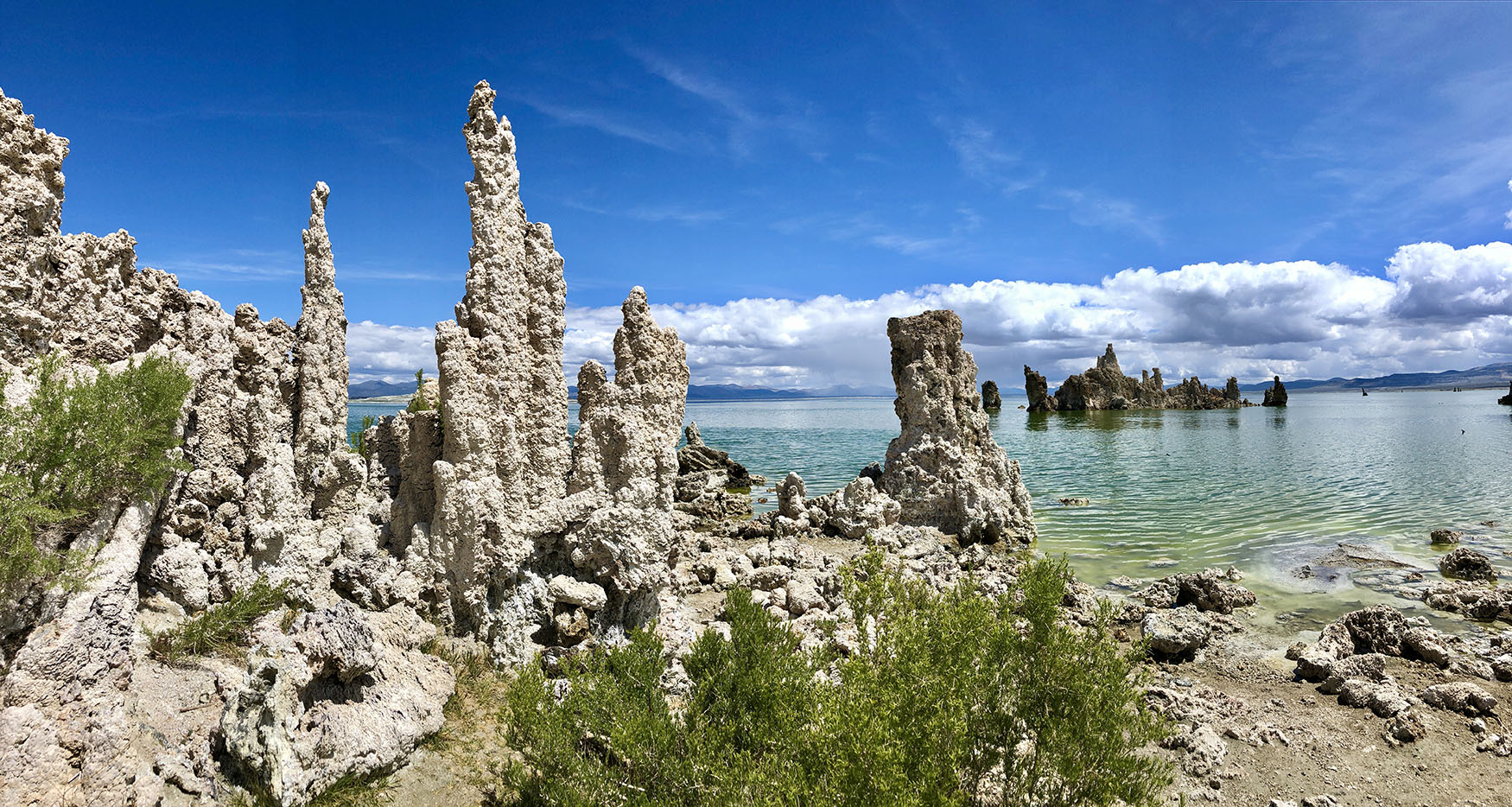 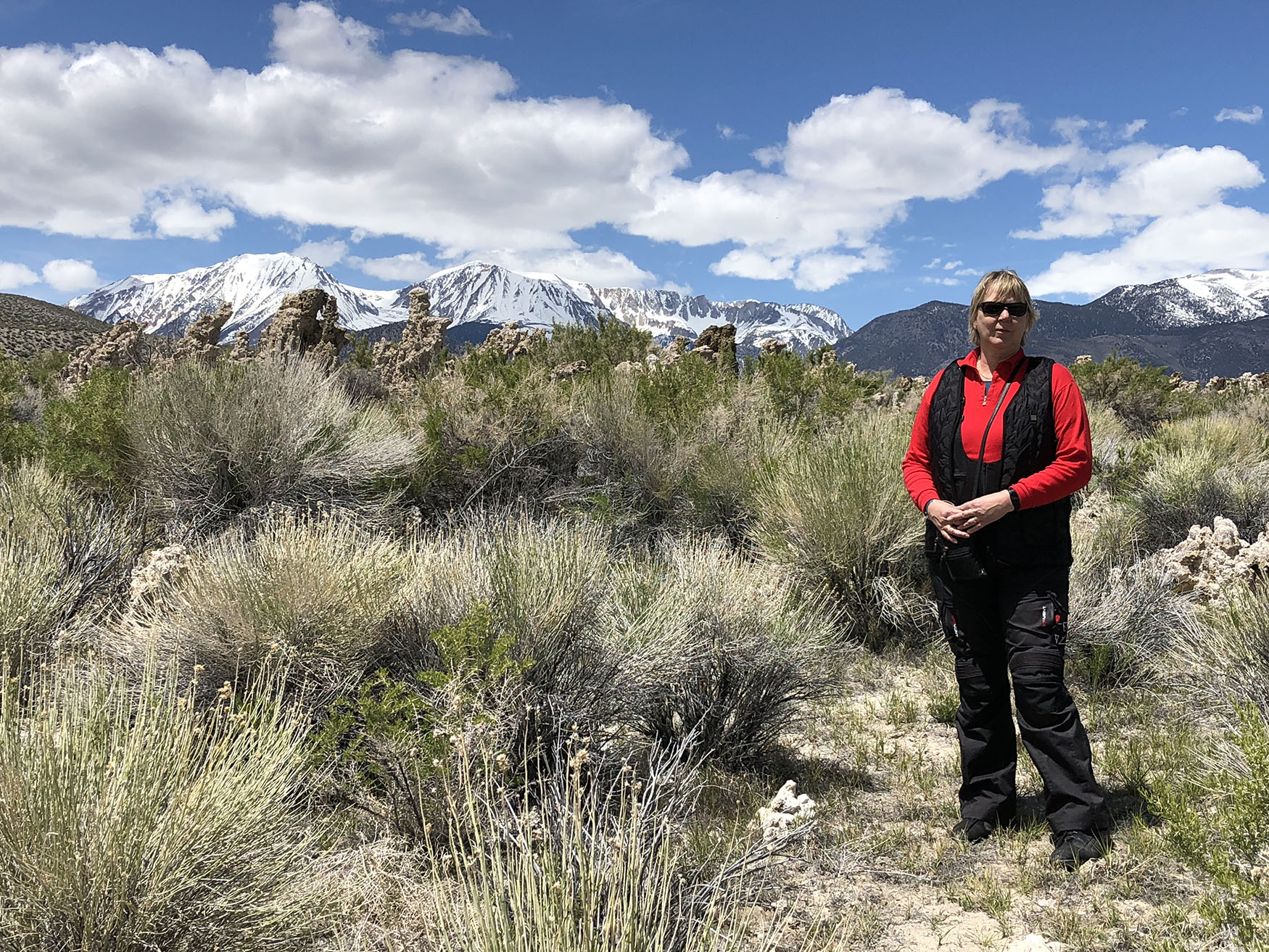 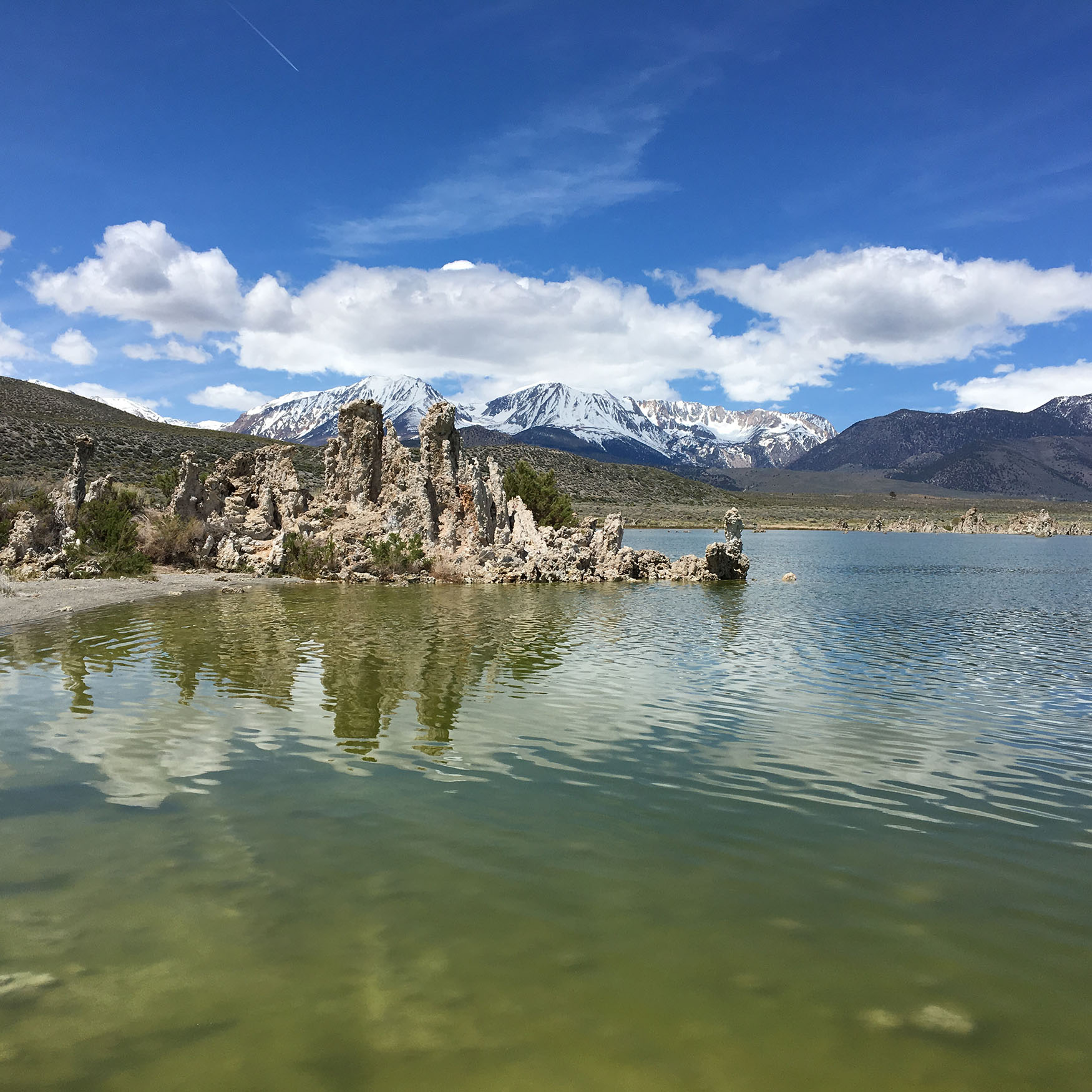 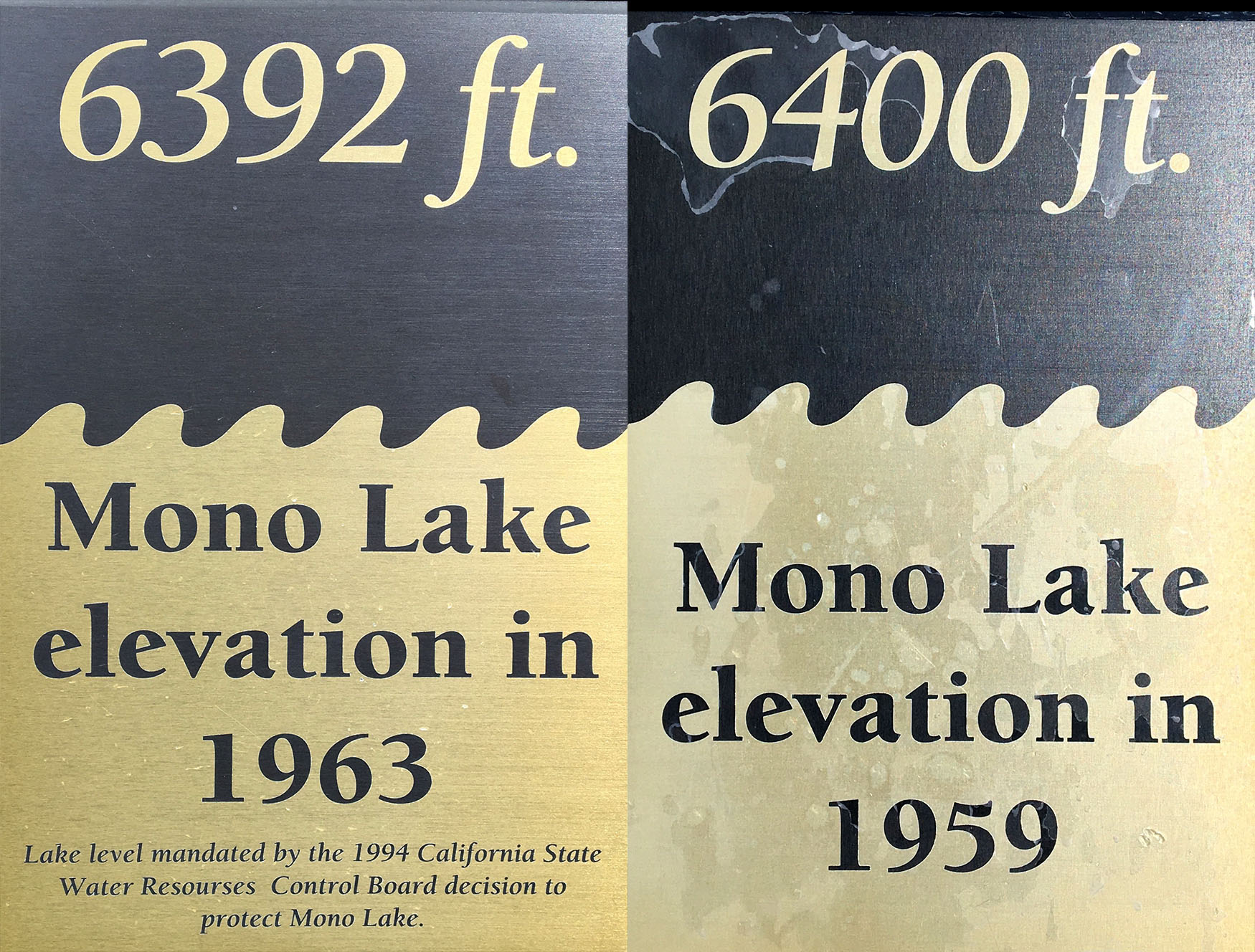 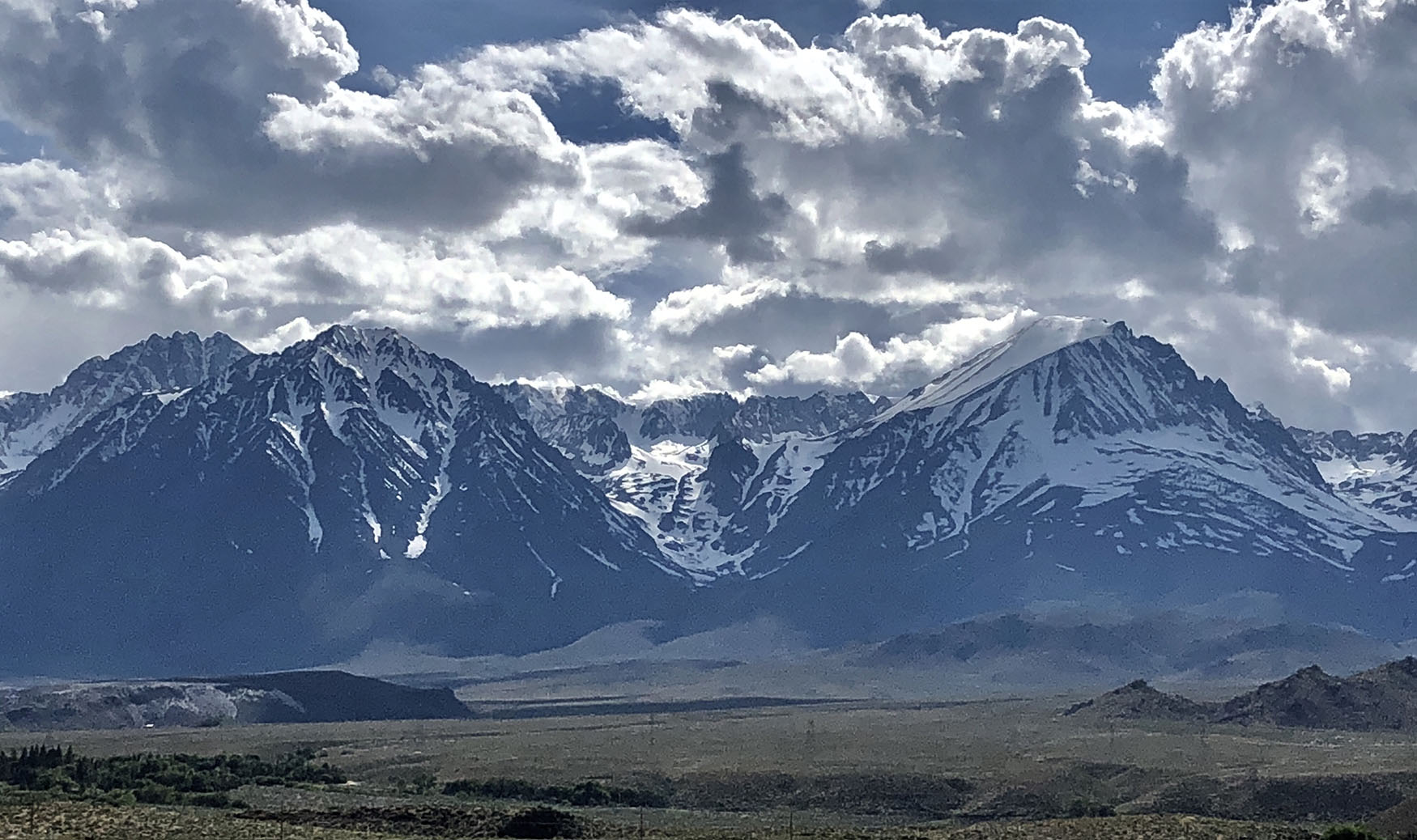 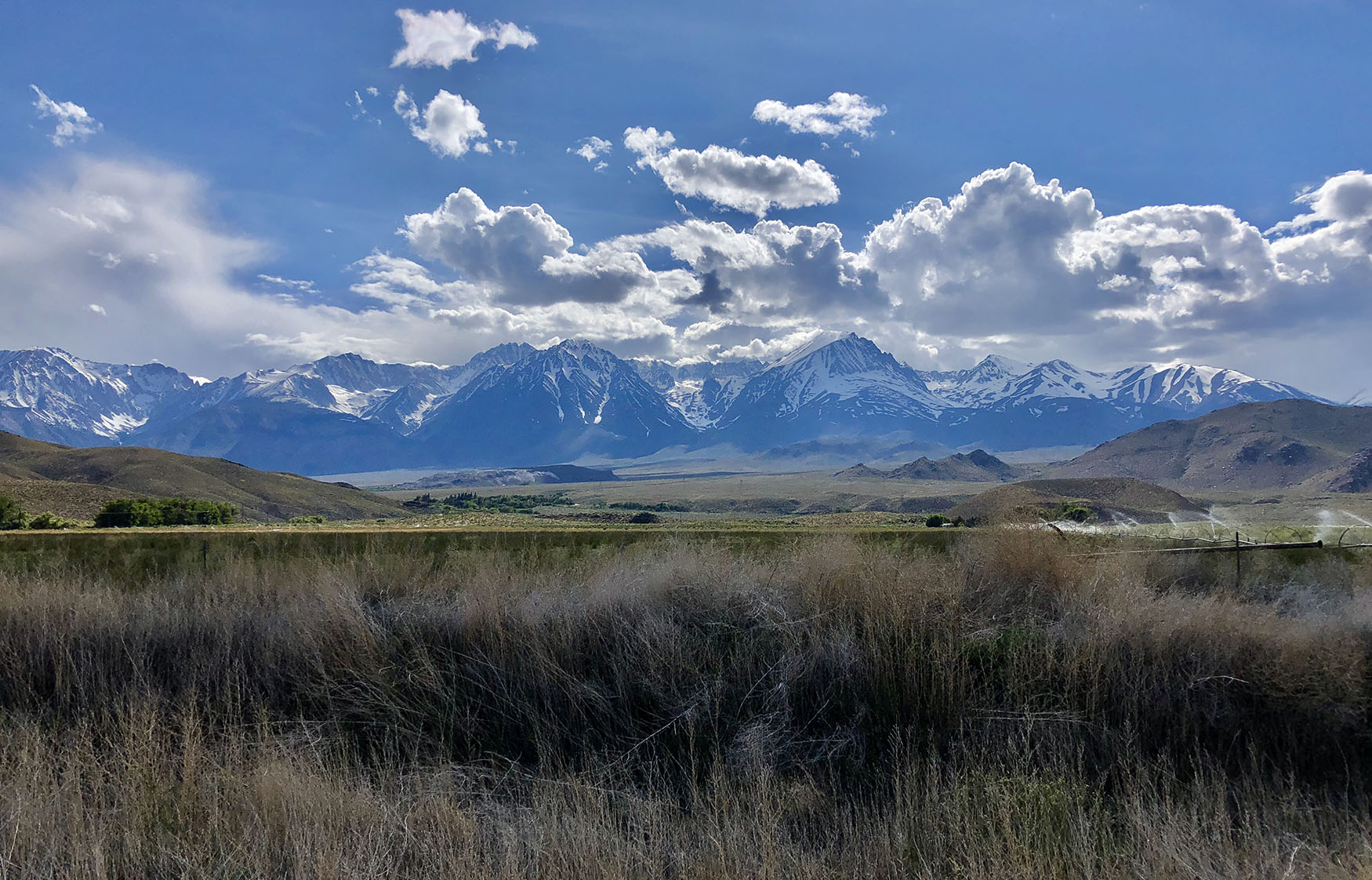 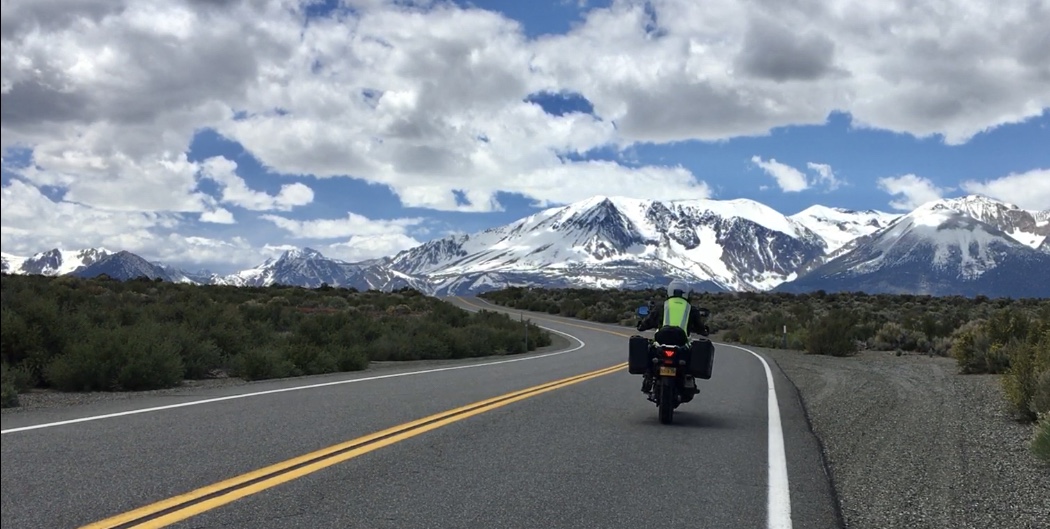