We rented 2 Harley 883 from Chase Hawaii Rentals in Honolulu. We were a bit late getting out of our hotel and got to the rental place just before midday – it’s quite a long drive from our hotel on the North Shore all the way down to Honolulu. It was very hot in all our motorcycle gear – now I know why all they guys in Hawaii just ride in shorts, t-shirt and sandals. We drove out from Waikiki on Kalakaua around Diamond Head. Then along Kahala towards Hanauma Bay, then up the East Coast on route 72 – along Kalaniana Ole Highway. Then we turned right to Kailua and along the coast along the 836 and popped out onto the 83. We stopped for lunch in a diner/gift shop for a chicken burger, fries and coke. It was very hot ! Then we decided to ride all the way up to Kualoa Ranch. As time was ticking on we decided to go back the fast route via 83 and 63 (Likelike Highway). It rained a few drops, but nothing major – we were really lucky. Our verdict on the Harleys: uncomfortable, noisy, lots of grunt and torque – a fun bike for a few hours but not for touring – at least not for us. Exhaust gets very hot, especially in traffic and almost burns your leg. I am too tall – my legs were cramped and my neck started hurting. So, all in all – I’m glad we did it, but one afternoon was more than enough !

I almost expired with the heat and after we returned the bikes we walked down to Waikiki Beach and had an expensive, but cold and refreshing citrus lemonade at the Royal Hawaiian Hotel. Then we checked out of the carpark ($32.00 !) and drove back to our hotel. 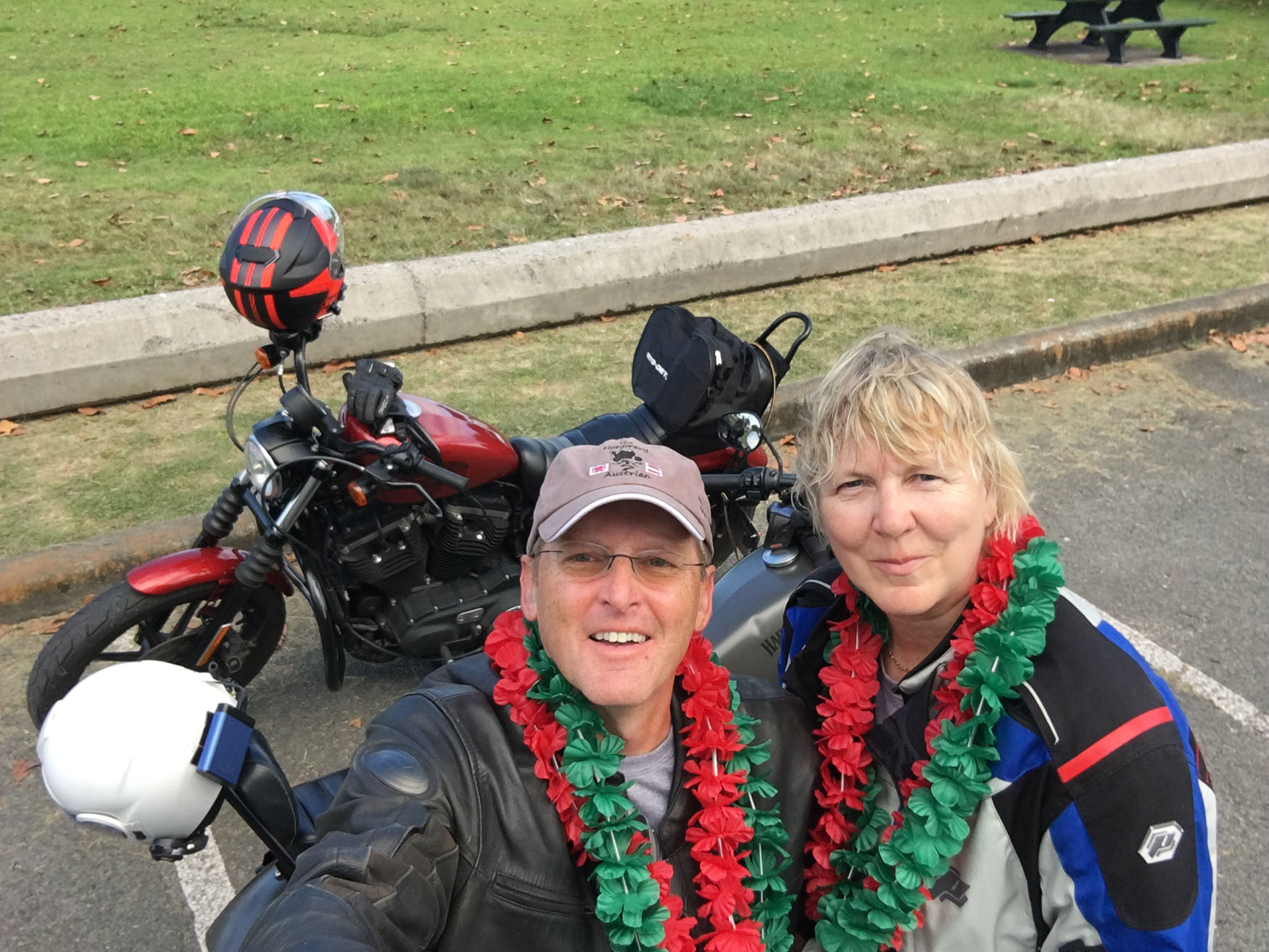 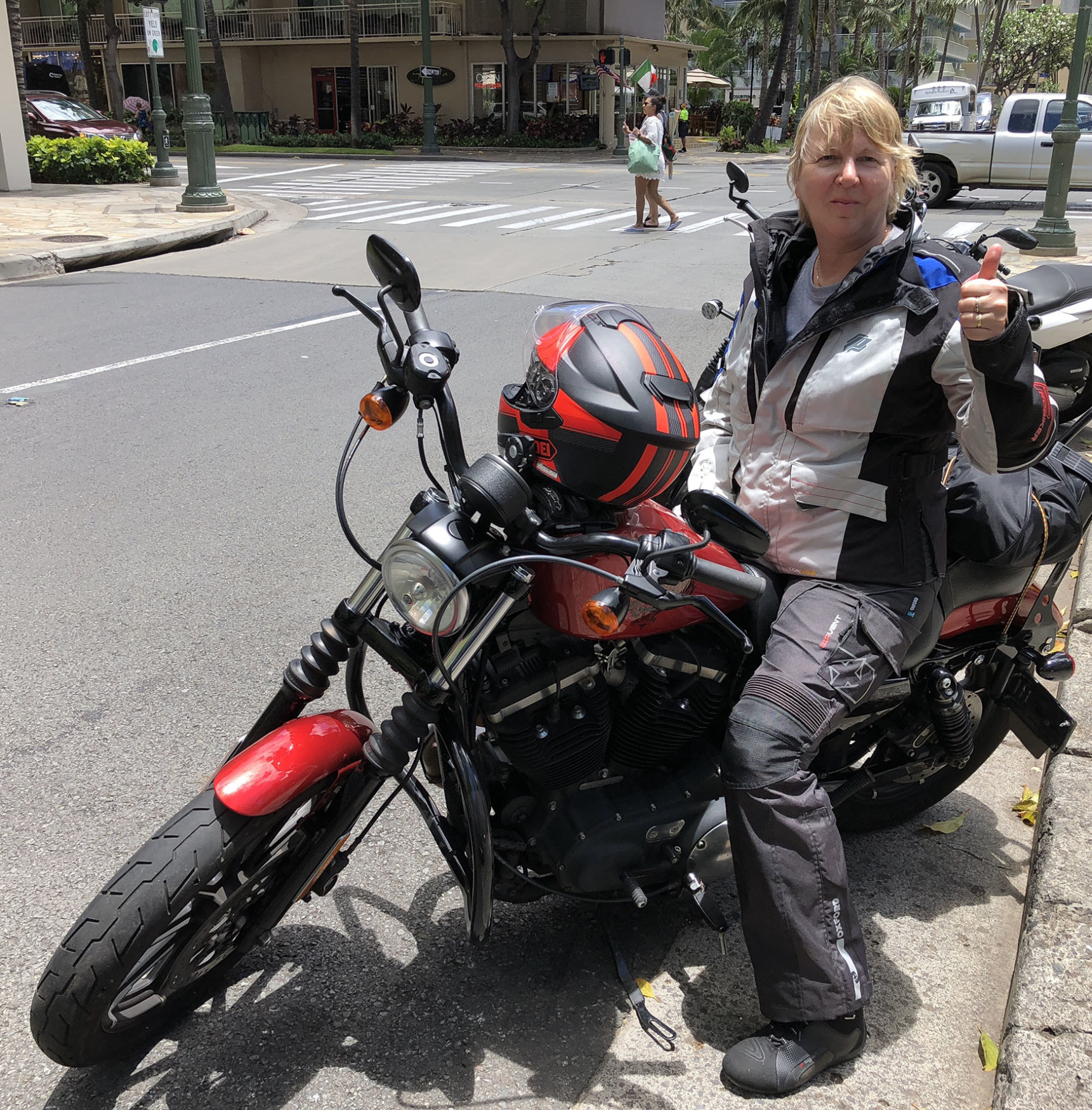 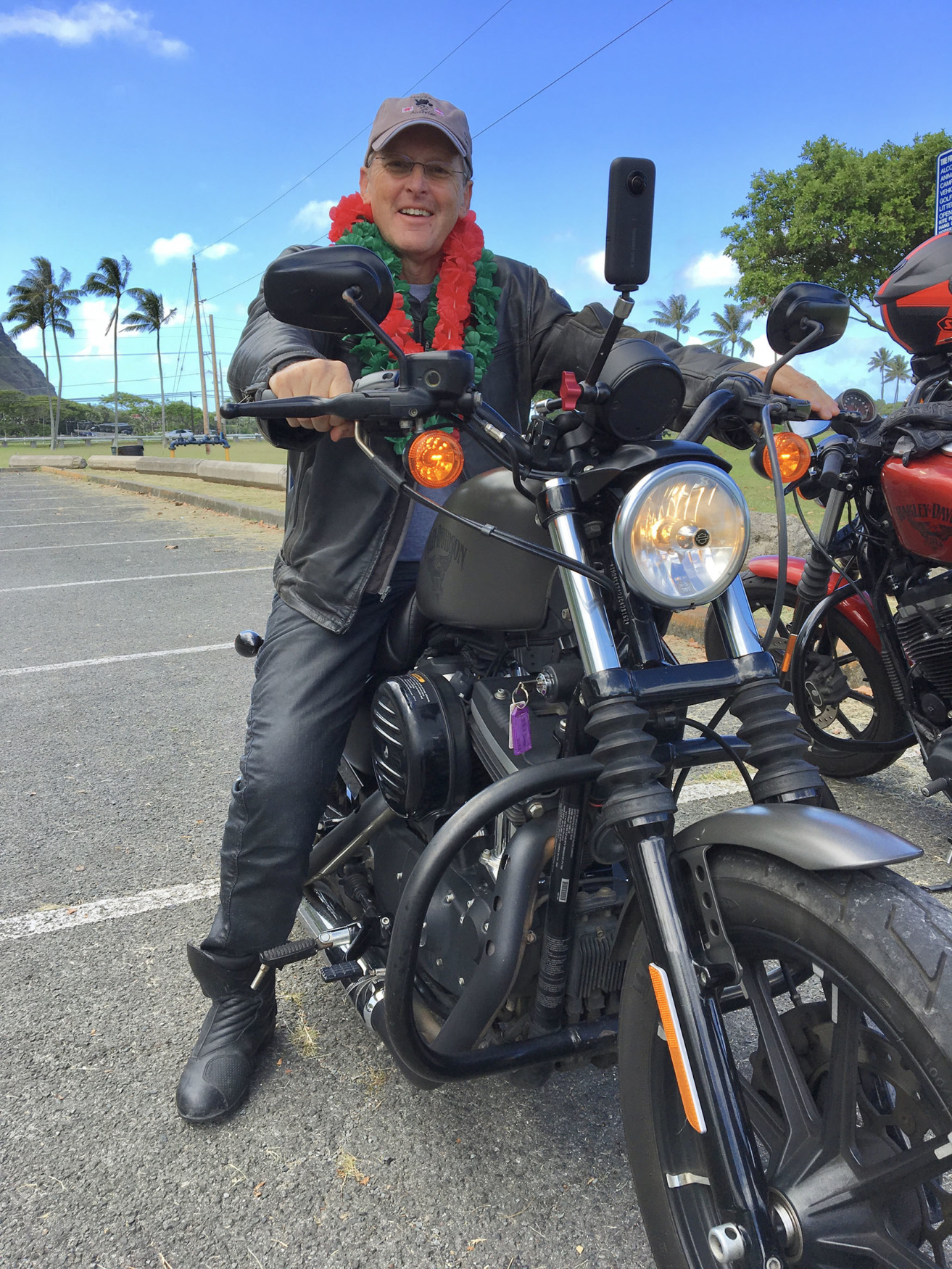 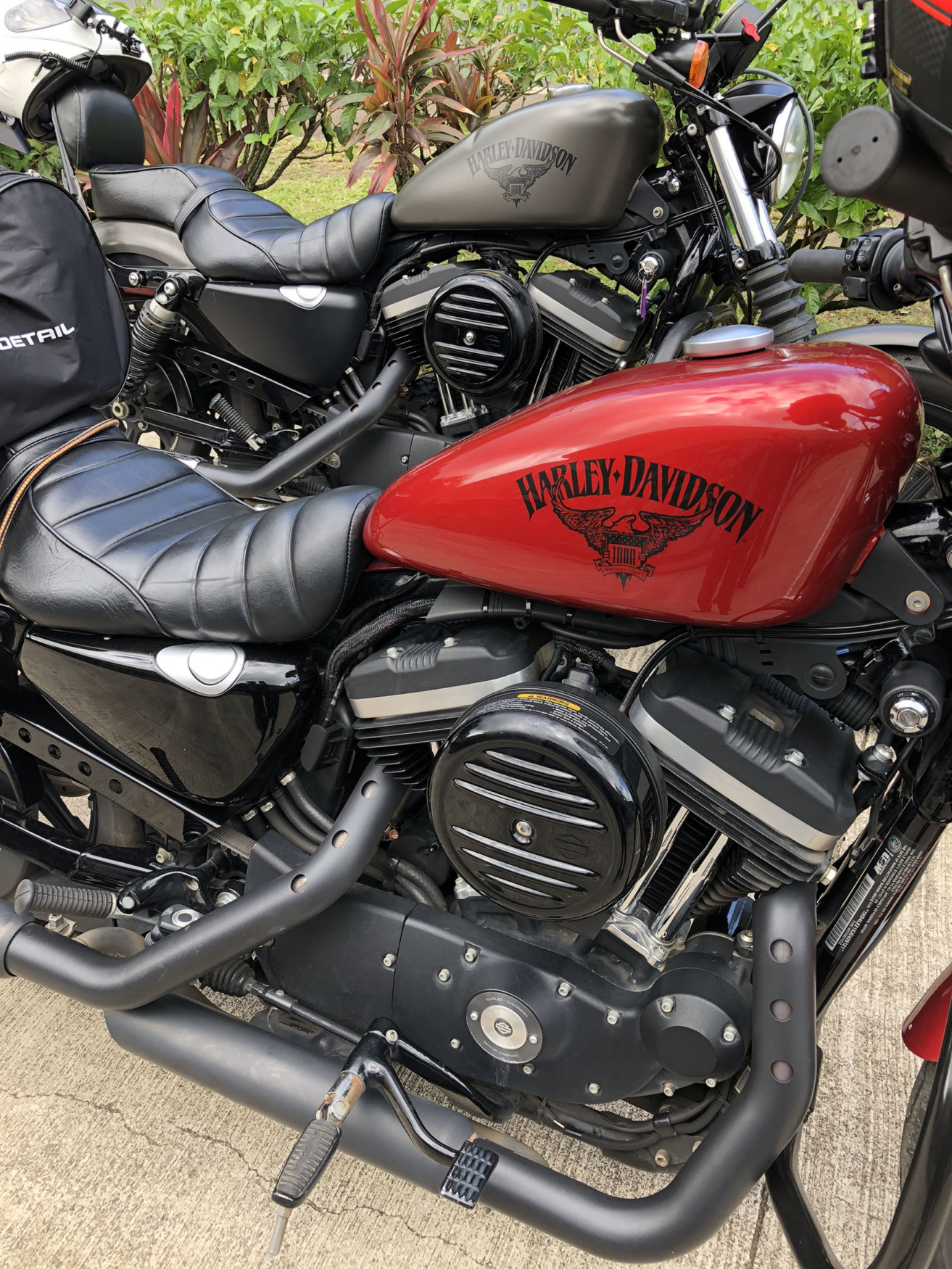 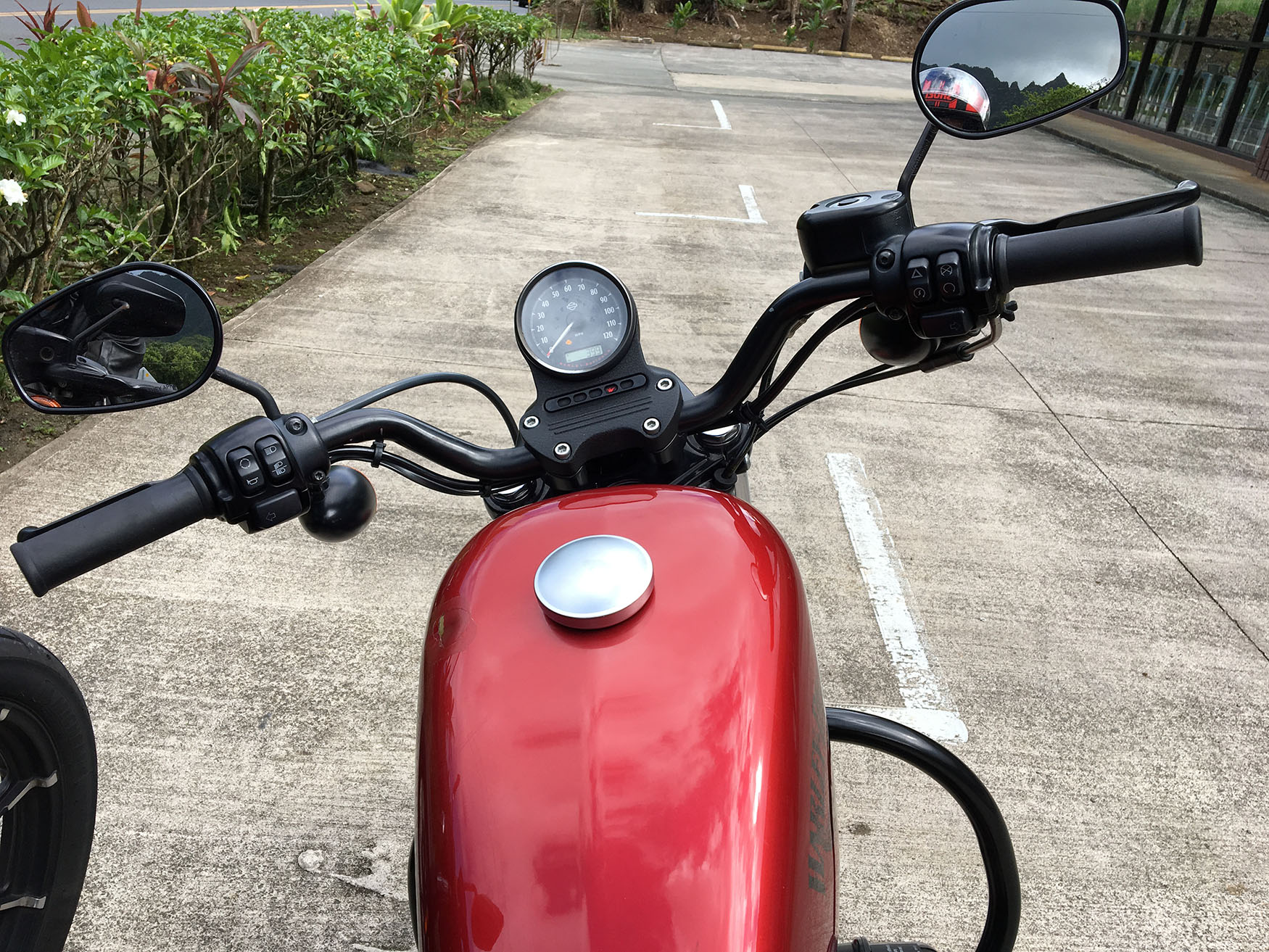 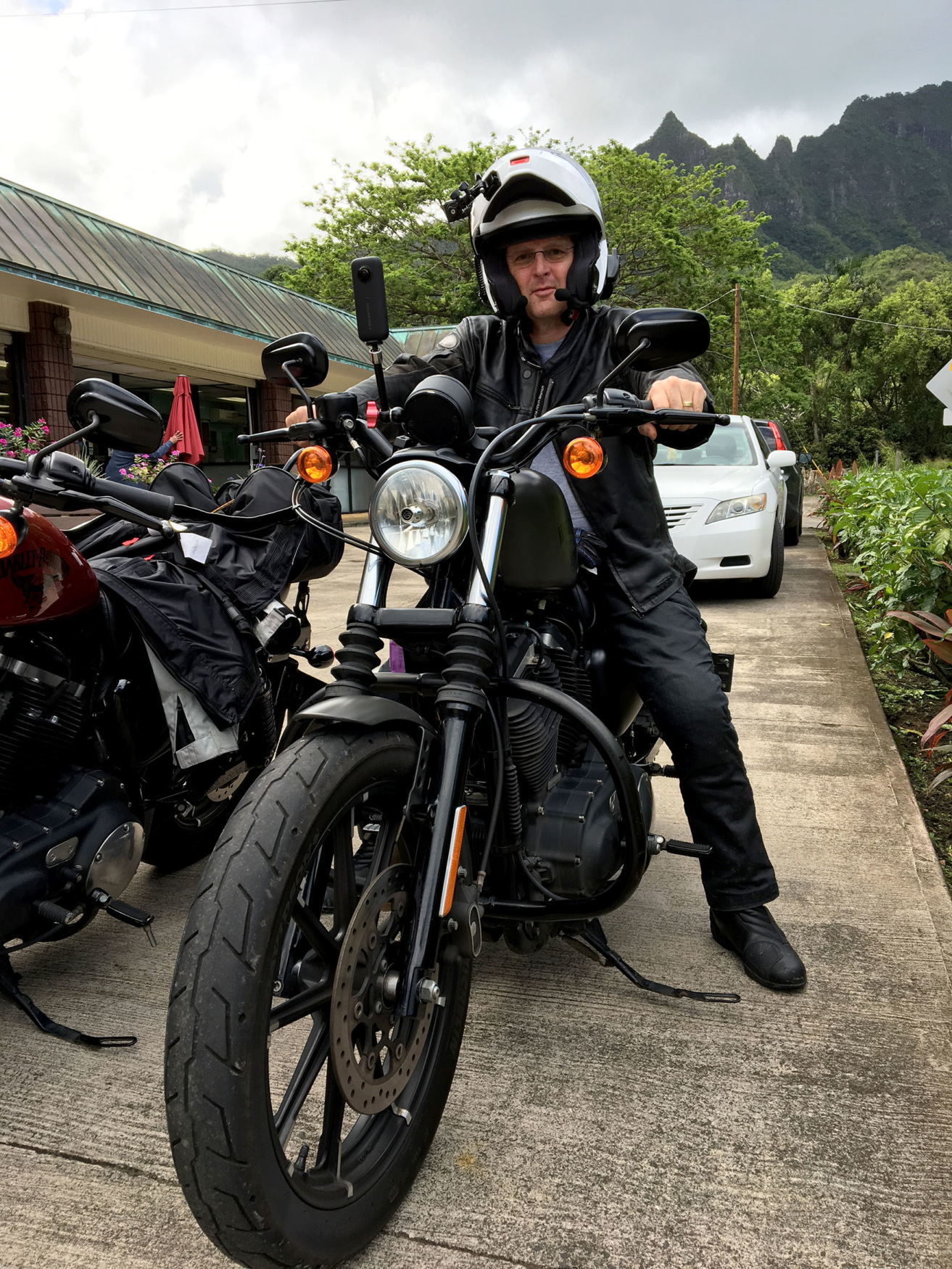 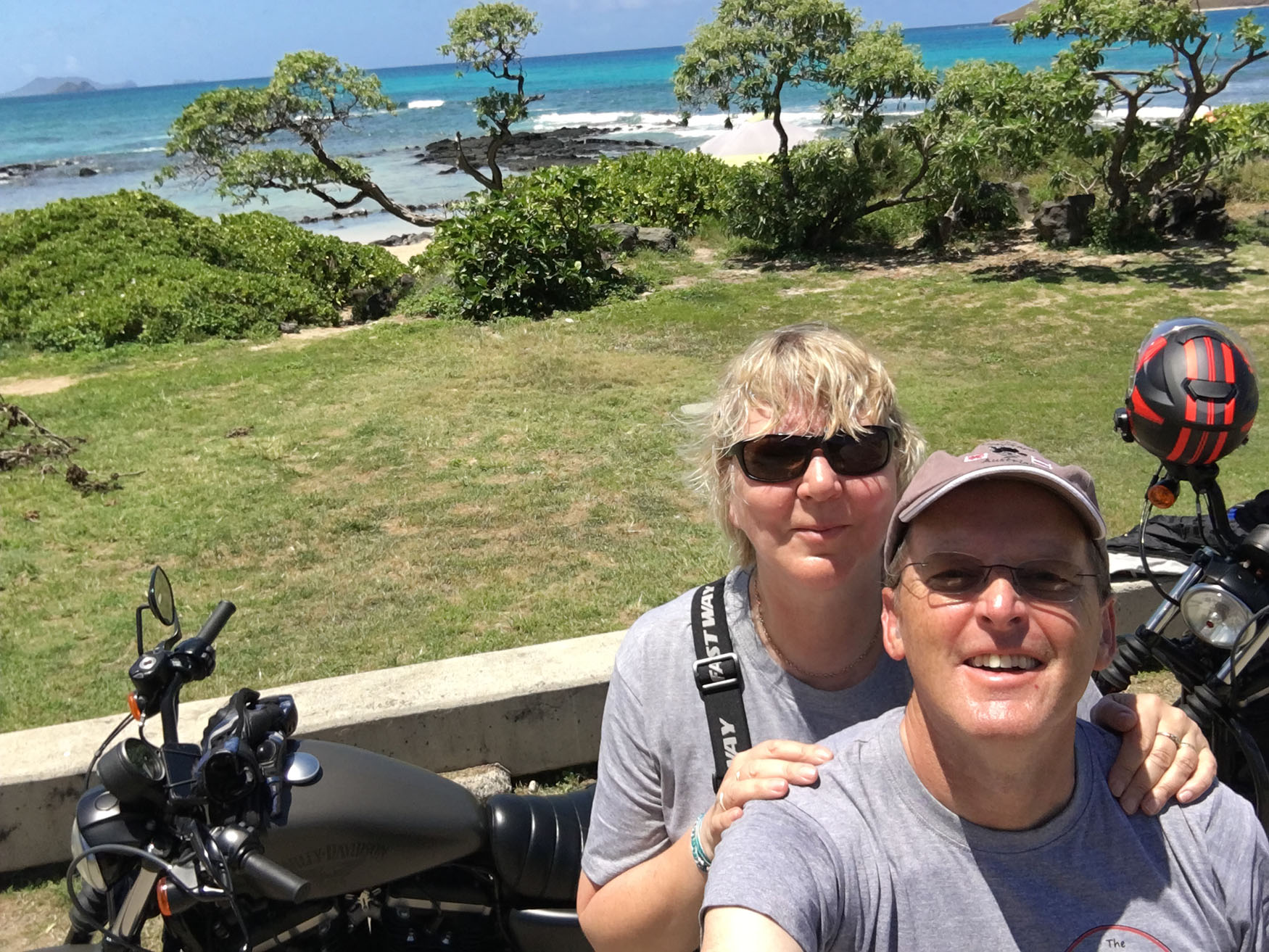 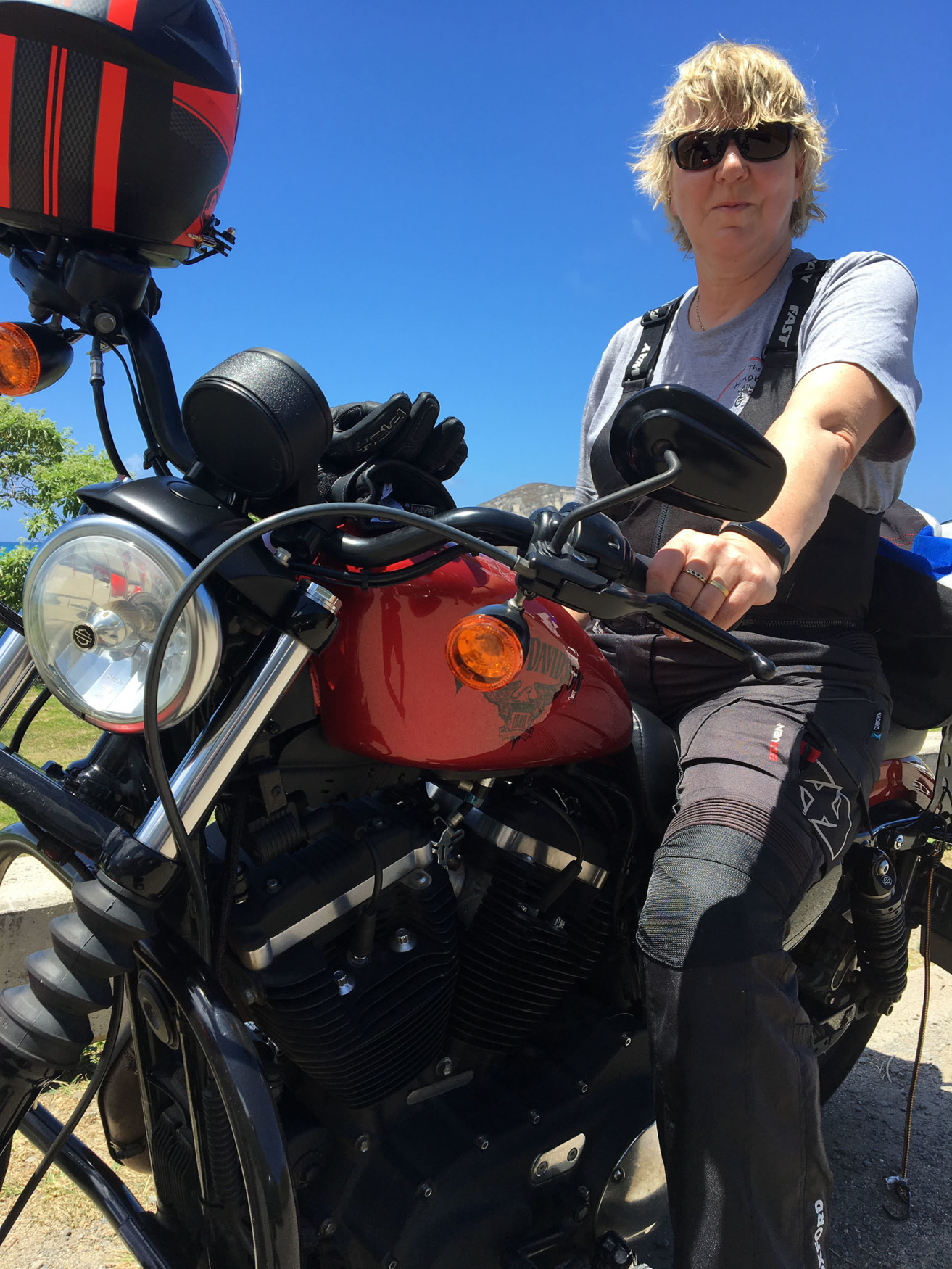 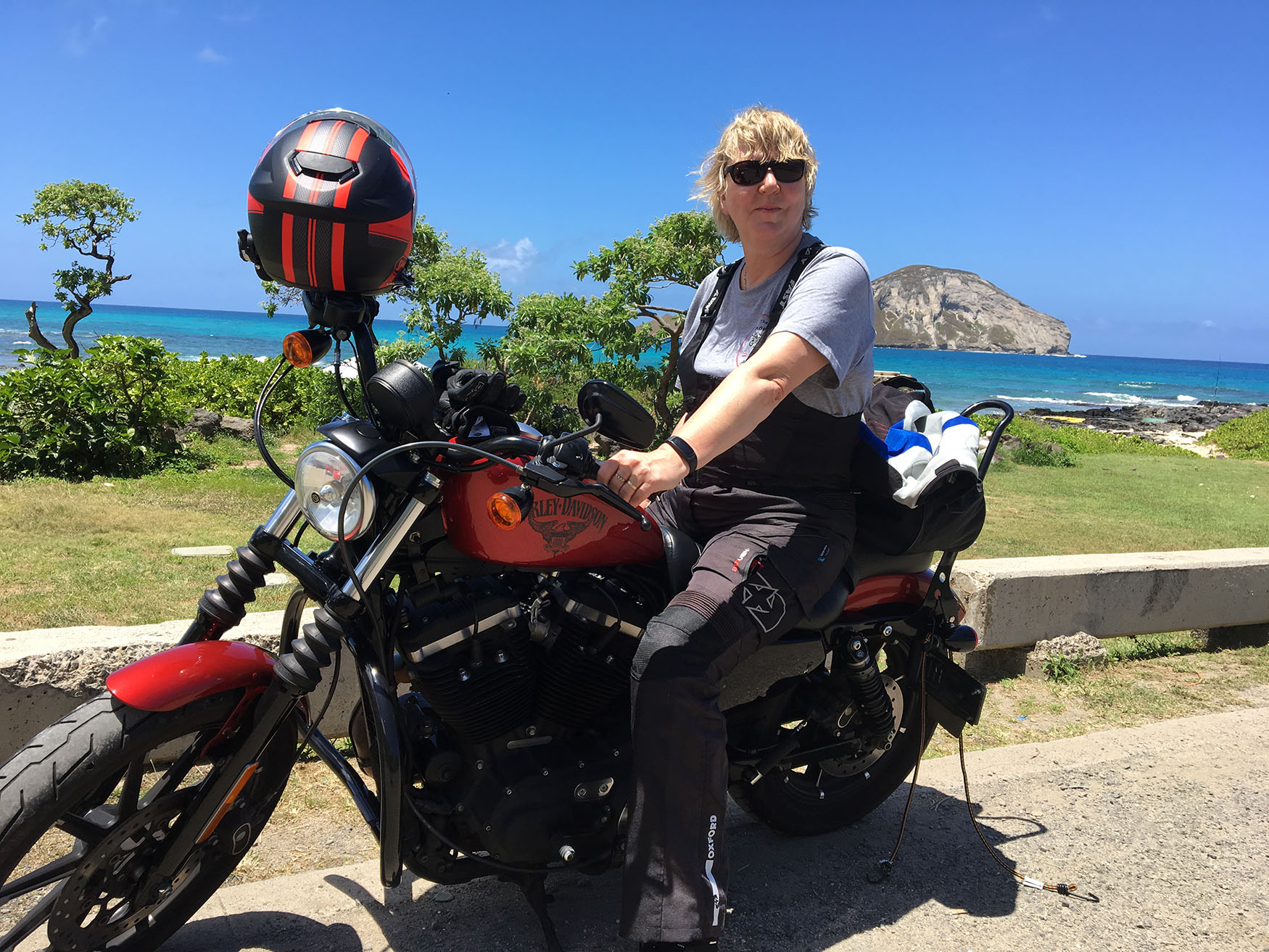 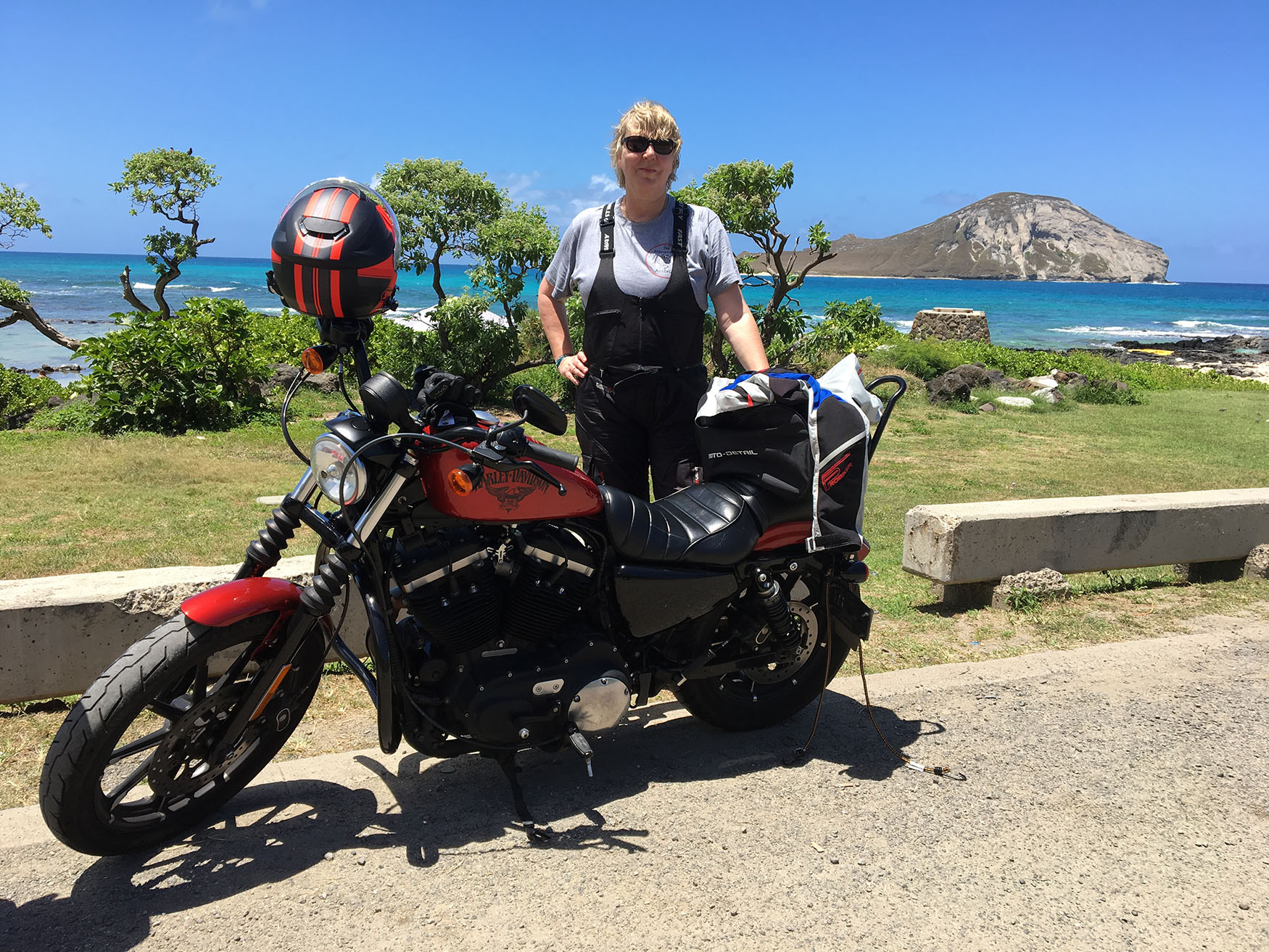 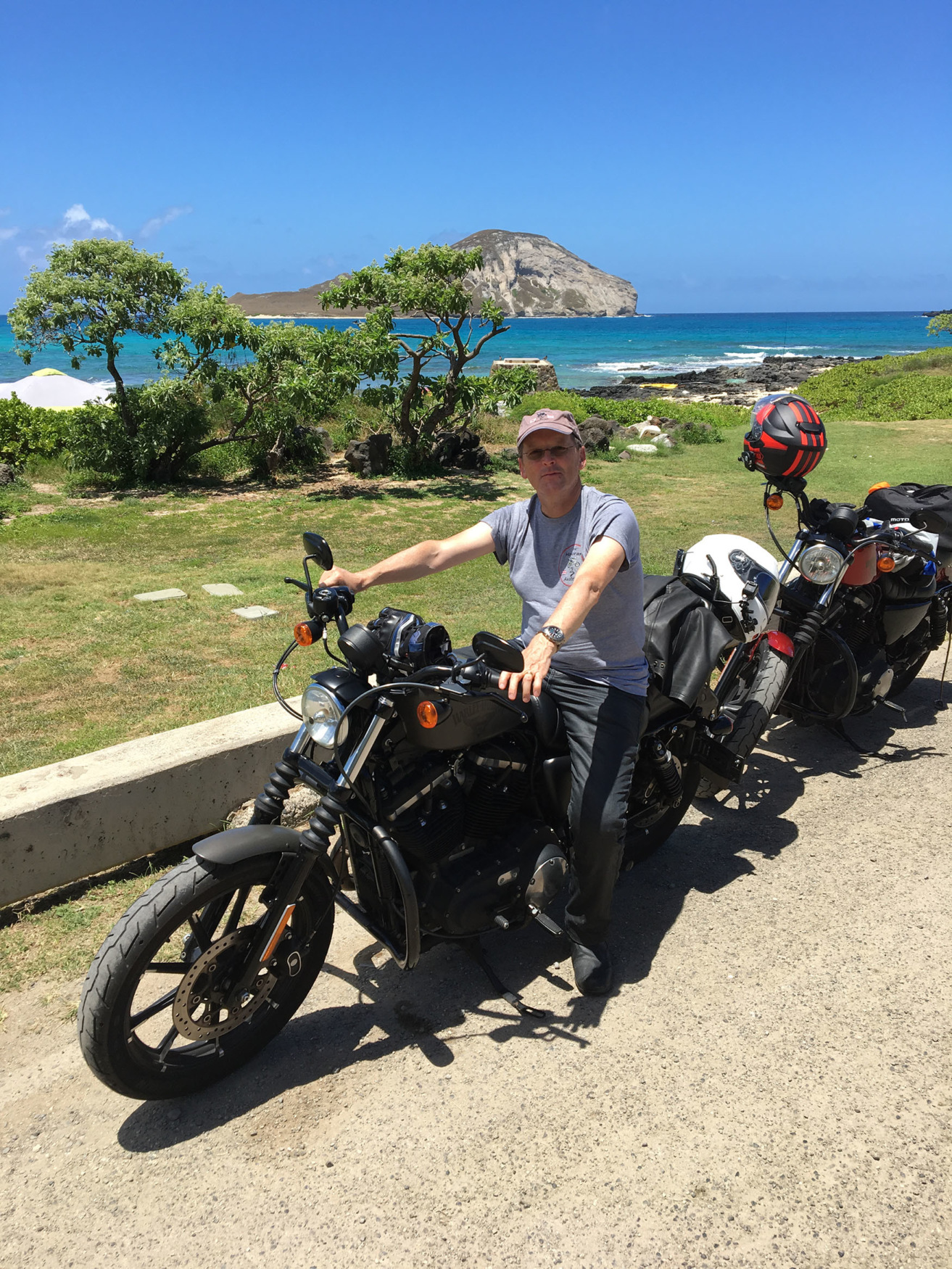 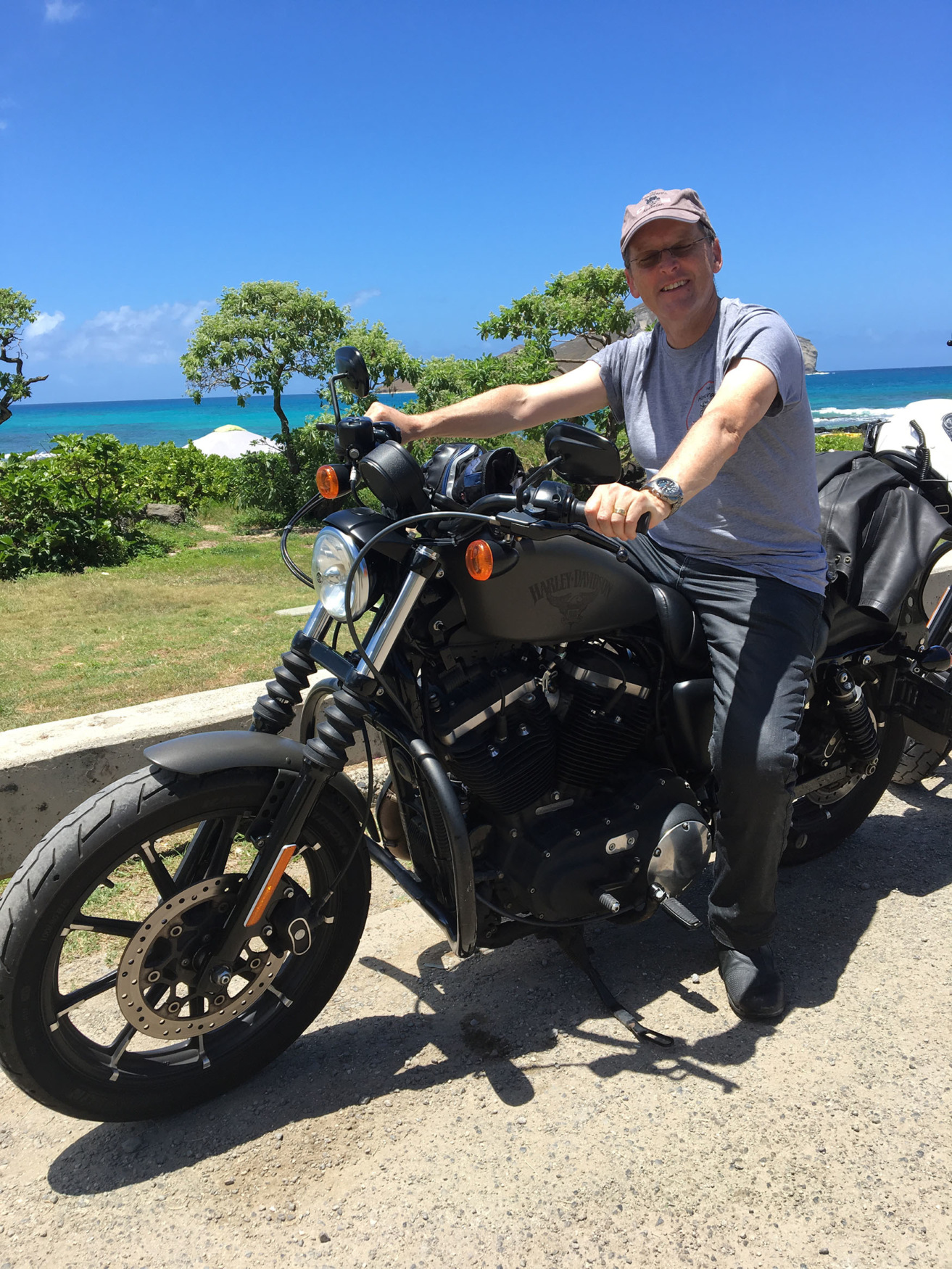 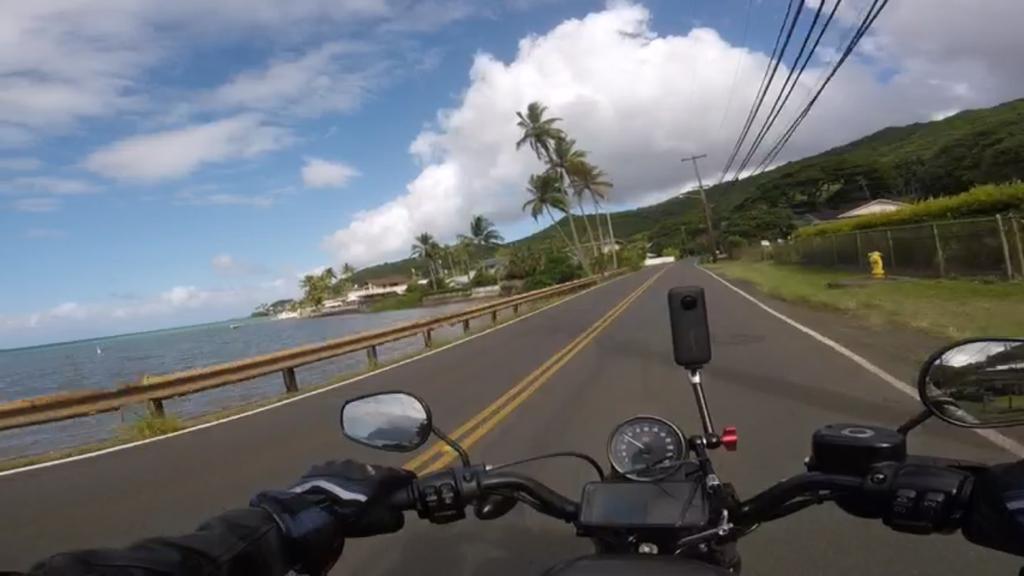 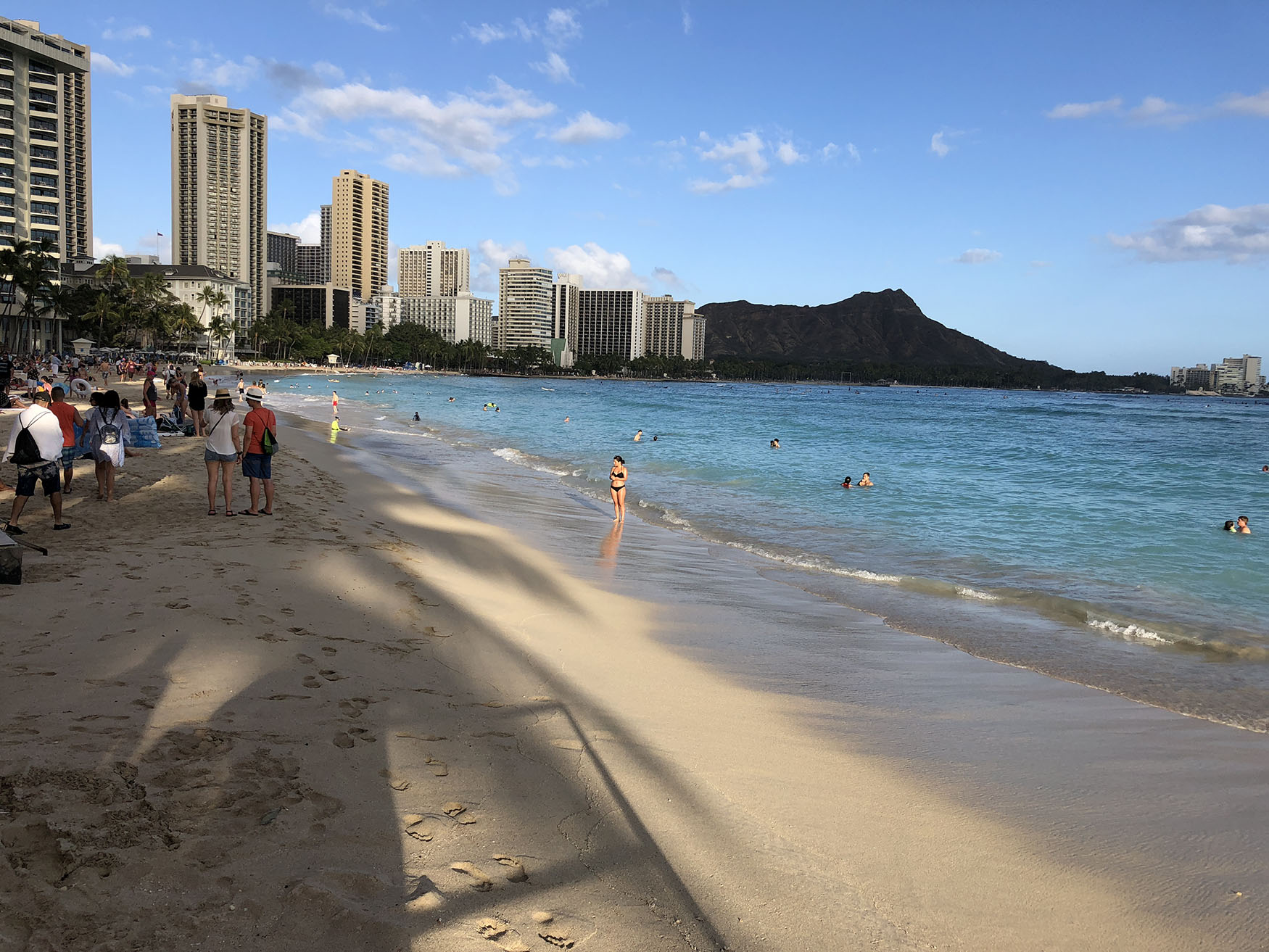